Libya’s National Oil Corporation today called for the immediate reopening of the pipelines in Rayayina which connect the Sharara and El Feel oil fields in southwestern Libya with the Zawia refinery and Mellitah complex in the west of Tripoli. ‎The pipelines have been blockaded by a local brigade of the southern branch of the Petroleum Facilities Guard since November 2014, from Sharara which supply Zawia refinery, and April 2015 from El Feel which supply Mellitah complex. The financial loss to the country as a result of the stoppages is more than $27 billion.”

“The events in the Oil Crescent must have made it clear to everybody that the use of blockade as a tactic in our politics is a dead end,” said NOC chairman Mustafa Sanalla. “The blockade by the southern PFG has cost Libyan people all over the country food, schoolbooks, medicines, salaries, and electricity, and it has achieved nothing.”

“On the other hand, NOC could increase production from the two fields by 250’000 b/d within the end of the year, and by 365’000 b/d by the middle of next year if the pipelines were opened,” said Sanalla. “Nationally, we can have oil production back up to 600,000 b/d within a month, 900,000 b/d by the end of the year, and 1.2 million b/d within twelve months. But for that to happen, we need the pipelines at Rayayina to be unblocked by the southern PFG, and we need the financial arrangements committee of the Presidency Council to release essential budgeted funds to NOC for maintenance and to increase production. Without both of those things happening, we will not meet our goals.”

“There is a growing consensus that our oil can be a force for unity. It is the only resource available to us to finance our reconstruction. Instead of hurting each other, we should be cooperating to generate as much revenue as we can for the benefit of all Libyans. It is time to let Libya’s oil flow freely and get Libya back on its feet.” 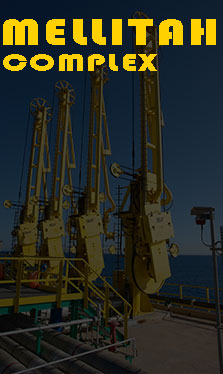